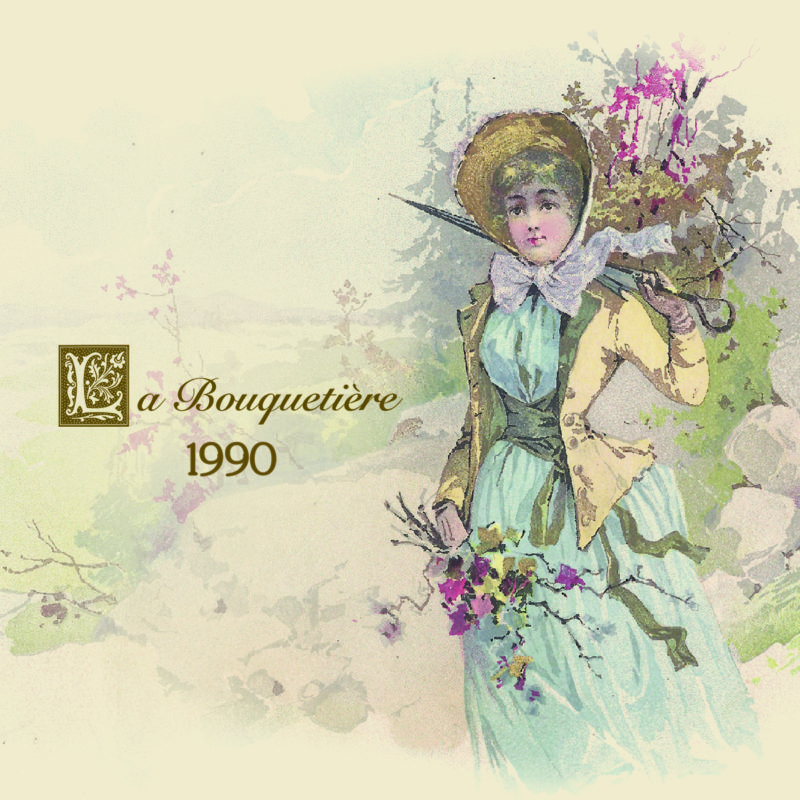 La Bouquetiere began her illustrious career in San Francisco in 1990 under the loving, creative, and watchful eyes of Mario Salas, her creator, and founder. Her residence was on Sutter Street, a block from Union Square.

She began as a boutique with beautiful, in-house, hand-made preserved and dried flower arrangements and exquisite wares worldwide. She was also a home. A kitchen/dining room, living room, bedroom, boudoir, nursery, and salle de bains were – filled with marvelous treasures.

Mario shopped mainly in Europe for the “Little Girl” (affectionately called). He met many engaging and amazingly talented people who started him on the journey that led to this sublime world of French Fragrance.

While working in Spain with “Vila Hermanos,” the famous (since 1903) Natural Bees Wax Candle manufacturer, he searched for the fragrances to add to the candles. He discovered that the world of perfume is complex and deep, requiring mentoring and study. Therefore, he went to Paris to study at the House of Fragrance which began in the reign of Louis XV.

What subsequently followed was the creation of all of her fabulous French Fragrances. First came to her Body and Bath Care Lines (in collaboration with his lovely sister Lady Mejia), followed by her Laundry and Home Care Products, Soy Candles, Teas, and Parfums.

It has been a long and fascinating journey for Mario and the “Little Girl,” taking them all over Europe and the Far East, and throughout the United States.

They have done International Gift Fairs in New York, San Francisco, and Seattle, and for years they had their showroom in Atlanta at the Merchandise Mart.

Mario was also the recipient of 10 National awards, and he served on the Board of Advisors for the New York International Gift Fair for several years. In addition, they have had excellent relationships with Pottery Barn, William Sonoma, Sarah Lee, and Sur la Table and have enjoyed each of them.

She no longer resides on Sutter Street but instead lives in South San Francisco, her warehouse since her inception in 1990. She has grown so much, loved deeply, cried, and laughed with Mario and those who love her.

She and Mario wish each of you abundance and prosperity in all your endeavors and hope you will continue to support them with all the love and affection you have given them throughout the years.